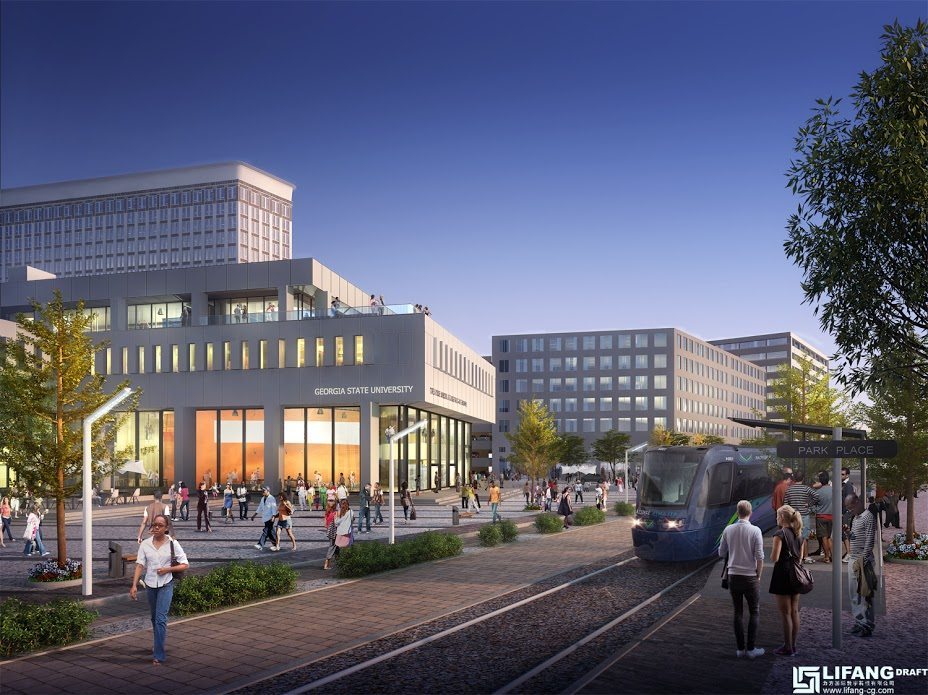 A $22.8 million gift made by the Robert W. Woodruff Foundation in 2014, the largest received to date by Georgia State, has made possible the renovation of a former annex to the SunTrust Bank building facing the south end of Woodruff Park. The renovation converts what used to be a check-processing and loan office into an interdisciplinary Creative Media Industries Institute complex.

The building has been totally changed inside so that advanced technology digital and audio production, virtual and augmented reality labs, and media maker and entrepreneurship facilities can better support Georgia State students interested in the arts and media.

In announcing the gift, Russ Hardin, president of the Woodruff Foundation, said the gift will have a multi-layered impact on the city and the state.

As the university has extended its physical reach from its main original plaza north and west toward Centennial Park, Woodruff Park has become a vital center for campus arts and cultural activity. Were one to design a creative cluster from scratch, one could hardly do better than imagine how the spaces around Woodruff Park have evolved. Now circling the park are the university’s programs in music, art and design, film, theatre, creative writing, journalism, game design, computer science and related programs in intellectual property (at the new law school building) and entrepreneurship (coordinated by the Robinson College of Business). 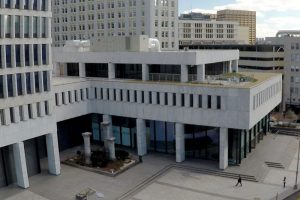 The Creative Media Industries Institute project caps off a multi-year initiative to anchor the east side of Woodruff Park, an area where the university has been making a $266 million investment.

The facility has also received support from the Georgia Research Alliance, which made a commitment to provide equipment for CMII.

“The media industry in Georgia is experiencing tremendous growth and it is essential that we aid in providing opportunities for research, preparing the workforce and launching new companies,” said Mike Cassidy, president of the Georgia Research Alliance. “As an early investor in Georgia State’s Digital Arts and Entertainment Laboratory, we have seen significant results from Georgia State’s digital and film programs. We believe the Creative Industries Institute will be a major step forward in supporting this rapidly growing industry.”