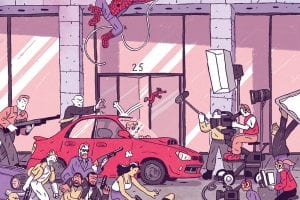 On Location
Published October 1, 2017 in Georgia State News Hub
More than 30 movies and TV shows have been shot at Georgia State since 2014, with plenty more on the way. Legal Affairs' Amar Agha explains the university's rise to a marquee set. 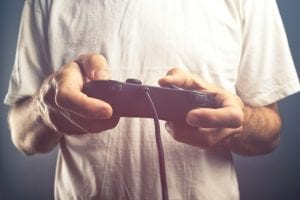 Georgia State University Introduces eSports Programs For Fall Semester
Published August 16, 2017 in Georgia State News Hub
ATLANTA–Georgia State has introduced programs for students interested in eSports, organized multiplayer video game competitions that are often broadcast, and which have spurred the development of collegiate teams at institutions across the United States. 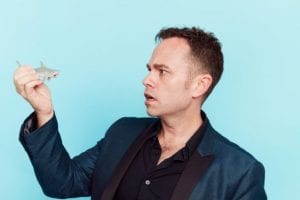 Eye of the Sharknado
Published August 3, 2017 in Georgia State News Hub
They are the television movies that’ll never win an Emmy, but we watch voraciously anyway. Those made-for-cable B-movies viewed for pure camp, humor and entertainment. Perhaps the most over-the-top of these is the “Sharknado” series, which has gained a cult following for its outrageous storyline about waterspouts that lift blood-thirsty sharks out of the ocean and drop them over Los Angeles. 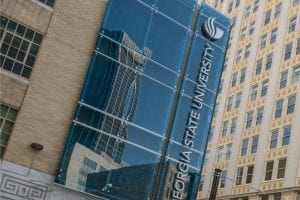 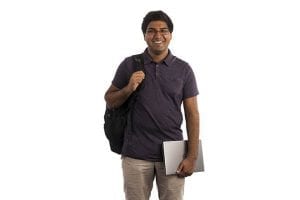 Presidential Scholar Nishant Sinha Takes His Opportunity and Runs With It
Published October 24, 2016 in Georgia State News Hub
Receiving a scholarship as prestigious — and lucrative — as Georgia State’s Presidential Scholarship can’t help but feel like a stroke of good fortune. Nishant Sinha understands that even more deeply than most. “I got a call from the dean of the Honors... 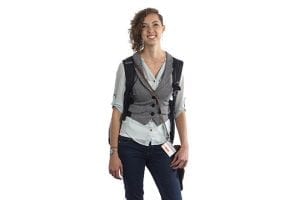 Coming Soon to a University Near You: Presidential Scholar Olivia Cambern
Published October 10, 2016 in Georgia State News Hub
Another accomplished film director has decided to make her home in Atlanta, aiming to be closer to the city’s burgeoning movie industry. Her name is Olivia Cambern, and she starts classes at Georgia State this fall. “When I was living back in Oregon, one of my... 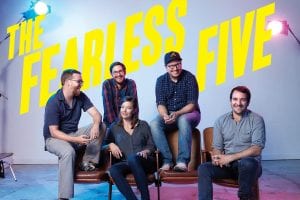 Reel Vision
Published June 9, 2016 in Georgia State News Hub
At the turn of the 21st century, five kids met while students of film, theater and creative writing classes at Georgia State. They found themselves to be similar pieces on the same game board — five cinenthusiasts who wanted, more than sleep or square meals, to make films of their own. They shared a taste for on the- run tacos and off-kilter movies, many of the films laced with dark humor like arsenic. 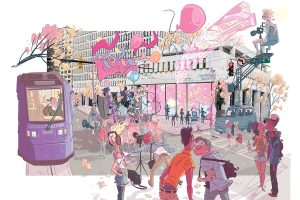 Cornerstone of Creativity
Published February 13, 2015 in Georgia State News Hub
If all goes according to plan, Kynton Stephens’ dream job is waiting for him when he graduates Georgia State next spring. He’ll head to a start-up company that designs video games, and he’s pretty sure he’ll get along with the boss. Stephens is CEO of the start-up.
« Previous 1 … 4
« Previous Page