As founder of one of the most successful and recognizable independent record labels in the state of Virginia, Illyaas Recordings, Professor Booker Edwards produced, distributed and sold multiple albums releases for the artist on his label. Over the last 25 years, he has worked with a multitude of high-end clients as a producer, engineer, trainer or consultant including: Seal, Trey Songz, Pusha-T, Bink, Needlz, Akai Professional, New Millennium Studios, TV One, and Radio One.

Booker is also an Apple Certified Trainer in Logic Pro and founder of the Atlanta Logic Users Group. He also creates online training courses for MacProVideo.com on various music production and audio production topics including: Trap music production, recording and editing audio, external MIDI hardware production, Logic Pro, and Pro Tools. For the last thirteen years, Booker taught at the Art Institute of Atlanta as the lead faculty in the Audio Production department (before that he taught at Virginia State University and Virginia Tech). AIA named Booker its 2016 Faculty of the Year, an honor generated by the students.

This fall, Booker is teaching Urban Music and Audio Production in CMII, and other courses that connect to the GSU School of Music. 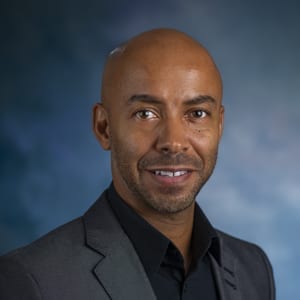