Candice Alger has over thirty years of experience in the entertainment industry in corporate management, business development, sales and marketing, and public relations.

Alger helmed Giant Studios, the world leader in performance capture and virtual production, since its launch in 1999. She served as Executive Producer for the company’s film division whose credits include, but are not limited to: the Lord of the Rings trilogy, The Polar Express, Happy Feet, The Lion, The Witch, and the Wardrobe, Prince Caspian, I Am Legend, Iron Man, Hulk, Mummy 3, Avatar, Real Steel, Tintin, and Jack the Giant Killer. Videogame credits include such blockbuster titles as Halo 4 and 5, Call of Duty, Monolith Games, and Devil May Cry. In 2012, Giant’s software development team was awarded Technical Achievement Awards from the Academy for the advancements the company’s proprietary motion capture technology brought to the film making experience. Alger recently sold the technology to James Cameron’s Lightstorm Entertainment.

Prior to launching Giant Studios, Alger was an Executive Vice President at Crawford Communications, Inc., an Atlanta-based teleproduction and communications company, where she was instrumental in guiding the expansion of a thirty-five person post-production facility into one of the most widely recognized telecommunications companies in the U.S. with over 350 employees when she left in 1999 to launch Giant Studios. Her initial role with the company in the mid-eighties was as manager of its start-up division, Crawford Satellite Services; which she developed into one of the first international teleports to offer fully automated satellite network origination services for cable television. During her tenure, the teleport provided origination services for over twenty-five, full time, cable networks throughout North America, and Latin American. Prior to that, she worked in remote satellite operations, sales and sports television at CNN, and Public Relations for The Atlanta Flames, and The Atlanta Hawks.

Alger is the first woman to be featured as the cover story for Hub Magazine, Georgia Technology Association’s (TAG), a publication dedicated to technology and innovation. She has also made guest appearances on WXIA’s Atlanta Tech Edge television show featuring industry leaders in Georgia, Business X Radio Talk show, as well as numerous film and video game industries trade publications.

Alger is a graduate of the Journalism School at the University of Georgia. She has served as a Board Member for many years at The Bridge, a non-profit, therapeutic, residential, rehabilitation facility for troubled youth in Georgia. Alger served as Co-Chair along with Chris Klaus, and Joel Katz on the Georgia Chamber of Commerce’s 2014 Digital Entertainment Committee. She was invited to testify before Georgia Legislators about post-production feasibility for the burgeoning film industry in the state. She is currently a member of the 2016 Georgia Chamber – Entertainment Committee. 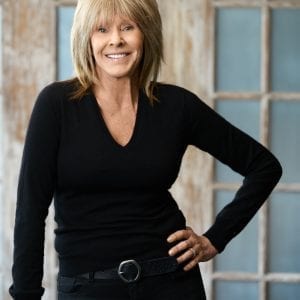