David Cheshier is the Director of Academic Programs in the Creative Media Industries Institute (CMII) and Associate Professor in the the Department of Communication. Cheshier’s research focuses on rhetorical theory and criticism, argumentation studies, public deliberation, and rhetoric and political philosophy. His work has appeared in Security Studies, Controversia, Argumentation and Advocacy, and several proceedings of the NCA/AFA Alta Argumentation Conference. He teaches seminars in the doctoral “rhetoric and politics” sequence, most recently a seminar on the topic of 20th century rhetorical theory. In FA18, Cheshier taught a CMII senior seminar that covers research controversies as they relate to the creative industries. As Director of Academic Programs, Cheshier advises students in the two CMII degree programs: Game Design & Development and Media Entrepreneurship.

The work of CMII is focused on preparing students across the university’s arts and media programs for advanced technology production careers, on training students in arts and media entrepreneurship, and in connecting them to Atlanta’s fast-growing creative industries (film and TV, music, games, graphic design, creative writing, journalism and PR). The core faculty of the Institute blend traditional creative industries faculty with industry practitioners. In October 2017, thanks to generous support from the Woodruff Foundation and the Georgia Research Alliance, CMII opened a fully renovated new media arts content creation center (located at the corner of Edgewood and Park Place at the southern end of Woodruff Park). The gift made by the Woodruff Foundation to facilitate this project remains the largest grant or gift ever received in the university’s history.

Cheshier’s research has received the NCA Miller Award and the AFA Rohrer Research Award, the latter given to the best annual article in argumentation studies.

For many years Cheshier supervised debate activities (at Georgetown University, Dartmouth College, UNC-Chapel Hill, GSU, and the University of Iowa); he has authored more than forty debate theory essays, hosted the 2003 NFL National Speech and Debate Championships, and was inducted into the high school forensics hall of fame (Emory University). At GSU, Cheshier founded the Center for Collaborative Scholarship in the Humanities, and is organizing a university Second Century Initiative research group on new and emerging media. He was the founding director of CMII.

Cheshier is completing work on a book analyzing the role emotion plays in American public life, with the goal of producing a more nuanced theoretical account of how affect and public argumentation interact, in addition to work connected to his interest in the creative economy.

His main office is 205 25 Park Place, in the main CMII offices; but he can often be found in his Communication research office (1139 25PP). 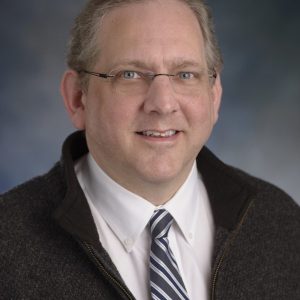