James Brooke has been an active producer for more than three decades with numerous credits with the major networks and studios – and has been building the CMII course sequence in television production since he first connected with the Institute three years ago. He teaches the core courses: Producing Television – From Development to Delivery; and, Television Greenlight – A Writers Room Workshop.

Brooke remains an active producer with All3Media America, a prominent Los Angeles based program supplier to the major networks and digital media. All3Media’s many productions include Undercover Boss for CBS, United Shades of America for CNN, and The Seven Five for Showtime. Currently in Atlanta, the company is producing the television series, Smoked, for Netflix – a barbecue competition show featuring amateur chefs.

With his industry contacts, he helps connect students with industry mentors, internships, and, whenever possible, to positions as paid Production Assistants. CMII students have worked on productions in Atlanta including, The Price of Duty, a true-crime series for Oxygen Network, The Challenger, a competition series for Turner Sports, and Fine Young Criminals, a docu-series for Viceland.

Brooke has broad experience in the entertainment industry — starting with theatre in New York, relocating to Los Angeles and working as a literary agent, then moving into film and television production. He has worked on location shoots in the U.S., U.K., Canada, Europe, India, Southeast Asia. Select credits include the Emmy award-winning Christmas Snow for NBC, The Room Upstairs for CBS, Plato’s Run for Millennium Films, and the award-winning The Dinosaur Hunter for the CBC. Music-related documentaries include Wind in The Wire for ABC, VH1s 50 Greatest Album Covers for MTV, Keith Urban: No Frills for DIRECTV, The Peapod Concert with the Black Eyed Peas for DIRECTV. In the aftermath of Hurricane Katrina, he produced a docu-series for PBS featuring New Orleans street musicians helping to rebuild the city.

He is an expert in film production incentives (tax credits) in the U.S. and Canada and has provided finance and production services on film and television projects for Paramount, Sony, Lionsgate, Universal Studios, NBC Universal, All3Media, Discovery Networks.

Brooke spent three years in London as Head of Production for Charisma Films developing programs for British television.   Projects included Socrates Must Die for Channel Four, Country House Murders for the BBC. For Sanra New Media in Chennai, India, he helped develop projects for the company to present to distributors in the U.S. and U.K.

He is a graduate of Queens College/City University of New York, with post graduate studies in Performing Arts at New School University in New York City. 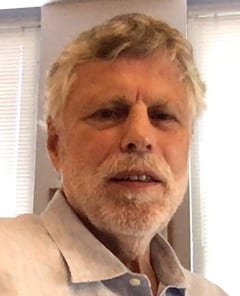