James Martin is Professor of Practice in the Creative Media Industries Institute. His involvement in the professional animation services, with 2D & 3D began in 1999, when he became fascinated with the new products emerging in the industry & decided to focus mainly on new innovative tools, while pursuing a career in print media. A first Art Director position introduced him to the challenges of managing other creative individuals. During this time, Reallusion developed iClone 1.0, and this changed the world of 3D real-time animation production; Martin was immediately convinced this was THE tool to master. Quickly, he began development on training materials and personal projects to become familiar with this powerful new software, becoming the 1st certified trainer in the United States to teach iClone Studio in 2005. James came to use these and other solutions as well, to provide the world’s largest corporate talent assessment firm, located in Alpharetta, Georgia, (CEB) Corporate Executive Board, and offering his services as Lead Animator.

Most recently, Martin was honored to be the Motion Capture Lead on”Replicas” from Lotus Entertainment, starring Keanu Reeves and Thomas Middleditch. He was the character animator for Georgia-produced “Survivors Remorse” for STARZ network, and worked closely with Jon Stewart for HBO. His current work at Georgia State University and in CMII focuses on training students with motion capture hardware XSens and Perception Neuron Motion Capture Suits / MVN Studio and Axis Neuron Motion Capture software. His role makes him the first person in the United States to provide dedicated certified training for the full Perception Neuron pipeline while integrating Reallusion tools with Unity, Unreal, HTC Vive, Oculus, Motion Builder, and more. This development has combined his technical art efforts for the purpose of engaging a new VR and AR content development pipeline evolution. 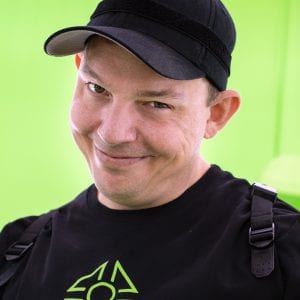