Are our identities a result of our processes of perception, or are they developed from the messages that we receive from others? This fundamental question has followed Sheldon Schiffer through two professional careers in academia and industry – as a media producer and as an interactive media developer. He first studied fine art, design and theater before completing work studying film at UC Santa Cruz. His work advanced at UCLA where he completed his MFA in film production and directing at the School of Theater, Film, Television and Digital Media. As a professional media maker he worked as an editor of commercials and as a story developer at CBS’ movie of the week division. Independently he developed the documentary Memories of Tata with the PBS program POV. Moving to New York just as the internet was developing, Schiffer taught himself programming languages, database programming and web development and co-founded the company Red Rover Media. He was a co-developer and media architect for clients and brands such as the ad agency Chiat Day, communication firm NYNEX (a former company of what is now Verizon), public health charity the American Heart Association, beverage producer Veuve Cliquot and media distributor the Cinema Guild. He also worked with the innovative web development company i33 in New York City.

In 1998, Schiffer returned to academia as the first full time tenure track hire in creative media production on the faculty of the Department of Communication. There, he co-developed diverse curricula for film students in the major in both traditional film and television production study as well as interactive media. His recent professional work includes the independent feature film Transmigration, the award winning documentaries Portraits on the Malecón and The Rise and Fall of Black Velvet Flag. He has also produced award winning short fiction films in collaboration with student and professional actors, Comeuppance, Nailed! (with Walking Dead star Melissa McBride) and Disclosures. An interest in interactive media persisted as Schiffer sought to connect his teaching and research in media performance with motion capture technology for animation.

Schiffer is currently completing a Ph.D. in Computer Science at Georgia State University to contribute to research in “performance” capture of athletes and actors toward the “intelligent” behavior of autonomous animated characters in games and moving image production. He also teaches at Georgia State University in the Creative Media Industries Institute, including courses in game development, animation, acting, screenwriting and visual effects.

Note: PROF. SCHIFFER IS ON LEAVE FOR THE FALL 2019 SEMESTER. 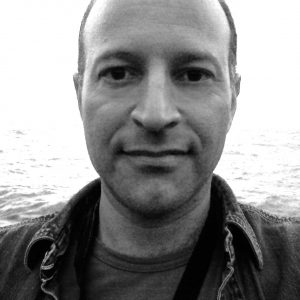